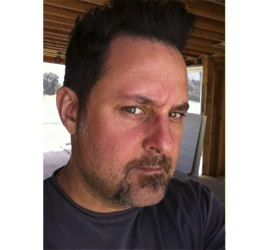 Zachary Norman is Founder, President & Chief Creative Officer of textPlus, where he  handles the creation and management of  the company’s platform and product offering.  Prior, Zachary Co-Founded JAMDAT Mobile. As Senior Vice President Worldwide Studios, he built JAMDAT Studios into a global  operation with both internal and external product development teams in several  countries and managed the production slate and all aspects of front-line product  development.

Prior to JAMDAT, Zachary  served as Creative Director and Executive Producer at Activision, Inc., where he  designed and managed several hit video game titles including Mechwarrior 2 and  Interstate ’76, titles responsible for over $250M in revenue.  Before his career in  the interactive space, Zachary was a screenwriter and is credited with the  conception of the Best Picture Oscar-winning feature film Shakespeare In Love.

In 2008 He set a land speed record at Bonneville with his electric Harley-Davidson, RE-VOLT