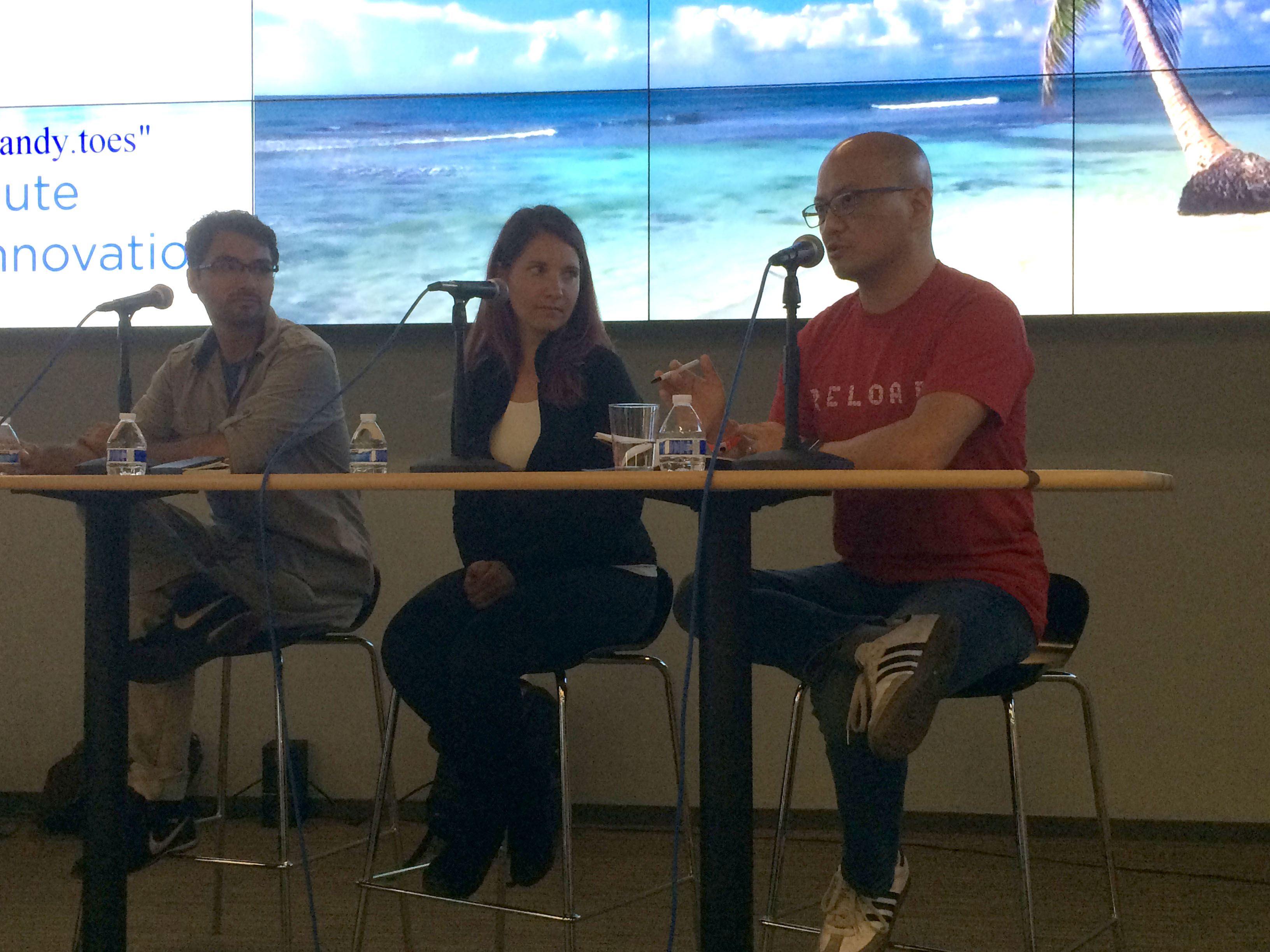 Reload Studio’s CEO James Chung was honored to be a speaker at the SoCal VR convention in their “Immersive Gaming Experiences” panel. A wide range of topics was discussed including company funding, design choices, and VR in arcades. James was happy to discuss World War Toons while giving his perspective and insight into the industry.

One topic under discussion was the best practices guide of Oculus, which describe the Do’s and Don’ts of VR. The moderator, Dave Taylor of Doom and Quake fame, pointed out that James and the crew at Reload have successfully violated a number of the directives, pushing the boundaries of what many believe can work in VR. Most believe that a free-roaming FPS in VR is a bad idea, but Reload continues to prove not only that it can be done, but it is fun as well.

James then discussed his own distress with FPS, even on a flat screen, and stated “We’re dealing with fans who love being in this space so even if they get sick they’ll work themselves through getting over these obstacles, but with that said we still have to work our best to make sure that the motion sickness is least inducive. “ After the panel James added “When people talk about using VR, people want to be able to roam around in 1st person POV.  We are trying to make it possible with the least amount of discomfort.”

James and the rest of the Reload team had a fantastic time at SoCal VR. It was great seeing what other creators are making as well as interacting with fellow industry leaders. We look forward to attending next year’s conference and wish them continued success.